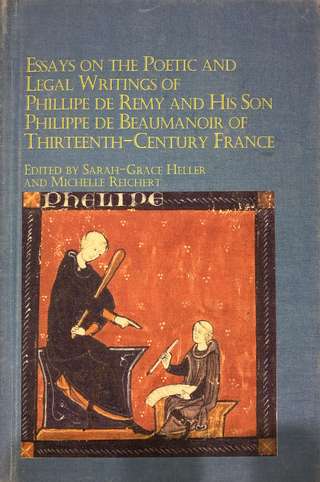 Philippe de Rémy, Sire of Beaumanoir, is the author of two romances, a fabliau and lyric poems, among other works. He served as bailli, or royal governor, of the Gâtinais region in the thirteenth-century. His son, Philippe de Beaumanoir produced one of the most widely admired works on medieval customary laws, the Coutumes de Beauvaisis and also served as bailli in Clermont-en-Beauvaisis, Vermandois, Touraine and Senlis. The collection of essays probes their works from various perspectives and gives insight into medieval marriage, intertextuality, hagiography, literature, the law, gender relations, and perceptions of time and space.