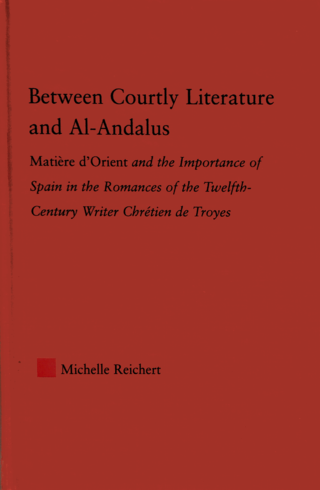 Between Courtly Literature and Al-Andalus: Matière d'Orient and the Importance of Spain in the Romances of the Twelfth-Century Writer Chrétien de Troyes

Between Courtly Literature and Al-Andalus analyzes the vernacular romances of the twelfth-century writer, Chrétien de Troyes, who composed his works at the Court of Count Henry the Liberal and Countess Marie of Champagne. The book demonstrates that Chrétien had a familiarity with certain Hispano-Arabic poetic and literary tropes and themes, and used them ironically in conjunction with the usual material of chivalric romances to deride the knightly caste in whose service he wrote for their vanity and moral shortcomings. The book demonstrates that Hispano-Arabic treatises and literary literary works were not only known in twelfth-century Champagne (cf. the School of Chartres and the library of Count Henry the Liberal), but contributed to the cultural florescence of the region. The book traces known channels of transmission for Hispano-arabic texts and treatises to Champagne, and postulates new channels of transmission through the the linguistically adept translators of various Iberian religious orders and the merchant scholars of the flourishing Jewish community of Champagne.