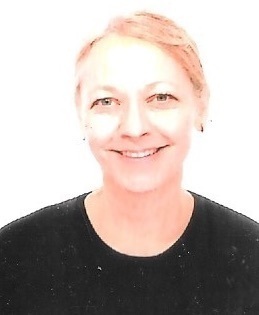 Michelle Reichert is an Austin-based writer who grew up and studied in seven countries and is fluent in several languages. She received her Ph.D. from the University of Minnesota and was awarded numerous research grants over the course of her graduate studies. As the recipient of a grant from the École nationale des chartes-Newberry Library of Chicago, she was able to attend the École nationale des chartes for two years in Paris, France. Over the years, she has written and presented numerous papers at the International Medieval Congress of the University of Leeds in the U.K., the Institute for Medieval Studies at the Catholic University of Leuven (Katholieke Universiteit Leuven), the International Congress on Medieval Studies at Western Michigan University, and the Biblioteca Viva de Al-Andalus in Córdoba, Spain, in tandem with the research group “Cristianos y musulmanes en el Medievo Hispánico, an inter-University historical research group, based at the Complutense University in Madrid, Spain.

In addition to writing numerous academic papers, she has published, edited and translated academic works (Between Courtly Literature and Al-Andalus: Matière d’Orient and the Importance of Spain in the Romances of the Twelfth-Century Writer Chrétien de Troyes, New York: Routledge, 2006; Essays on the Poetic and Legal Writings of Philippe de Rémy and His Son Philippe de Beaumanoir of Thirteenth-Century France, New York: The Edwin Mellen Press, 2001 (eds. and trans., Sarah-Grace Heller and Michelle Reichert); “Hermann of Dalmatia and Robert of Ketton: Two Twelfth-Century Translators in the Ebro Valley,” Science Translated : Latin and Vernacular Translators of Scientific Treatises in Medieval Europe, eds. Michèle Goyens, Pieter de Leemans and An Smets, Leuven University Press: Leuven, 2008.

She is presently writing her first work of fiction, which is a novel depicting family conflict, death, and the loss of identity within the context of shifting moral paradigms and ever-increasing international mobility.